The American Council of Engineering Companies of Hawai`i (ACECH) held its annual Engineering Excellence Awards Banquet, the “Academy Awards” for Hawai`i engineers, on Saturday January 27, 2018.  An esteemed panel of judges evaluated the entries based on the judging criteria of innovative application of new or existing techniques; value to the engineering profession and perception by the public; social and economic considerations; complexity; and meeting or exceeding client needs.  The judges then ranked the project into three categories with the top project earning the Grand Conceptor Award, followed by the Excellence Award and then the Honor Awards.  All of the awards were announced in front of over 150 attendees at the Ko`olau Ballroom in Kaneohe and summarized below.

The Ala Moana Wastewater Pump Station (WWPS) and Force Mains (FM) system serves approximately half the population of the Island of Oahu.  This project included the construction of two parallel 7,500 linear feet (LF) 63-inch sewer force mains installed within 81-inch diameter steel casings jacked by microtunneling methods to increase raw sewage conveyance capacity from Ala Moana WWPS to the Sand Island Wastewater Treatment Plan (WWTP). The Ala Moana wastewater system had to remain operational at all times, and construction of the improvements required provisions for temporary bypassing capable of handling over 60,000 gallons per minute.  To cross under the only entrance to Honolulu Harbor, 1,580 LF of the sewer and jacked steel casing was installed at a depth of 85 feet below mean sea level with 100-foot deep jacking and caption shafts. 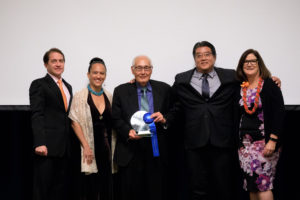 The unique set of challenges faced by the design team included the presence of very soft to very loose fine sandy silts under the harbor entrance channel, highly variable coralline and limestone layers containing cavities, very loose lagoonal soils and an extremely hard basalt lava flow near the base of the deep shafts.  Compounding these difficulties were the presence of pier piles along the harbor entrance that could obstruct microtunneling, the harbor entrance channel could not be blocked by the construction activities and restricted construction work hour periods.

The new pump station and force main system provides for current and future wastewater capacity, as well as a backup force main capacity and operational flexibility.

Expansive soils are the major cause of damage to lightly loaded residential structures in Hawai`i.  The “conventional” method to mitigate the effects of expansive soil is to remove the soil within 3 feet below the house foundation level and replace it with non-expansive structural fill, coral or crushed basalt rock, which is trucked to the site from off-site sources.  This method is costly, requires many truckloads of fill, and uses limited coral and basalt natural resources.

In December 2013, the old International Market Place, which had been a Waikiki landmark for 56 years, closed.  The new International Marketplace opened on August 25th, 2016 as a three-level center offering the only Saks Fifth Avenue in Hawai`i, retail, a Grand Lanai with ten restaurants, and a parking structure with approximately 700 parking stalls.

The project generated 1,000 construction jobs and 2,500 permanent jobs.  The International Market Place is once again a gathering place that celebrates Hawaiian culture and history, and a shopping, dining and entertainment destination for residents and visitors alike.

The re-contoured and newly grassed and irrigated driving range allows most rain and other runoff to percolate into the ground to minimize direct runoff.  To protect and enhance the environment, Bowers + Kubota provided soil amendments, comprising of a mixture that included granulite bio-recyclable solid pellets, and seashore paspalum, salt tolerant warm-season grass, which allows for use of recycled brackish water for irrigation.

Taxiway Z is a critically important taxiway for the international airlines that provide service to the Honolulu International Airport, serving as the primary access to all 36 international gates for large aircraft.

Airport Operations and the FAA control tower allowed for only one gate to be closed for construction at any given time during the entire reconstruction period.  To accommodate this requirement, the project was divided into 21 individual construction phases specifically designed to limit operational impacts to the airport and airlines for both aircraft and vehicular traffic servicing the aircraft.  These plans enabled controlled construction access for each phase while allowing aircraft to use all of the taxiways and gates, except for the one gate closed for construction of each phase.  The 21 construction phases were surrounded on all four sides with areas where aircraft traveled just outside the minimum wing tip clearance safety areas.

This project successfully improved storm water quality by reducing the flow of pollutants to the Wahiawa Reservoir.  The Limitaco Consulting Group was able to identify the source of excessive storm water runoff and also various sources of potential pollutants and design the most suitable storm water management devices using innovative practices including Low Impact Design.

Besides the primary purpose of improving storm water quality, the project also provided a better experience for the public with its aesthetically appealing landscaped areas, user-friendly parking configuration, and new passenger drop off areas.  Public education signs highlight the sustainable aspect of the project, help people understand that their actions directly impact storm water quality and promote better stewardship of the environment.

Waimea District Park was a County of Hawai`i project built on land provided by Parker Ranch.  It provided a much needed and desired location for the community to gather in recreational facilities.  The 24 acre park includes a covered play court, lighted outdoor fall field and a tot lot connected by walkways featuring native landscaping.

The project addressed the community needs while maintaining compliance with governmental agencies that included work in a flood plain and flood basin, lighting mitigation for avian protection and astronomical observatories as well as water conservation.  Now open to the public, the park is enjoyed by the Waimea residents and the District of Kohala.

The Hawaiian word “kāko‘o” means to “uphold” or “support.” ACECH is a membership of engineering and surveying businesses, but there is no question that our success is driven by the dedication and commitment of individuals from our member firms. Four years ago, ACECH created this award to recognize an individual who has contributed to ACECH’s and our member firms’ success, through their tireless efforts on behalf of our industry.

This year’s award was presented to David Bills of Bills Engineering Inc.  David had served as ACECH’s Board President in 1998 and for many years now, has taken on the role of serving as the National PAC Champion.  Since David became the PAC Champion, ACECH has established the enviable record of being one of the first states to meet the PAC goal set each year.  In the process, Dave is one of, if not the largest contributor to this worthy cause. The funds raised give our organization a voice at the National policy level, including with Hawai‘i’s congressional delegation.

Mahalo David for your many years of exceptional dedication and service benefitting ACECH member firms and our industry. 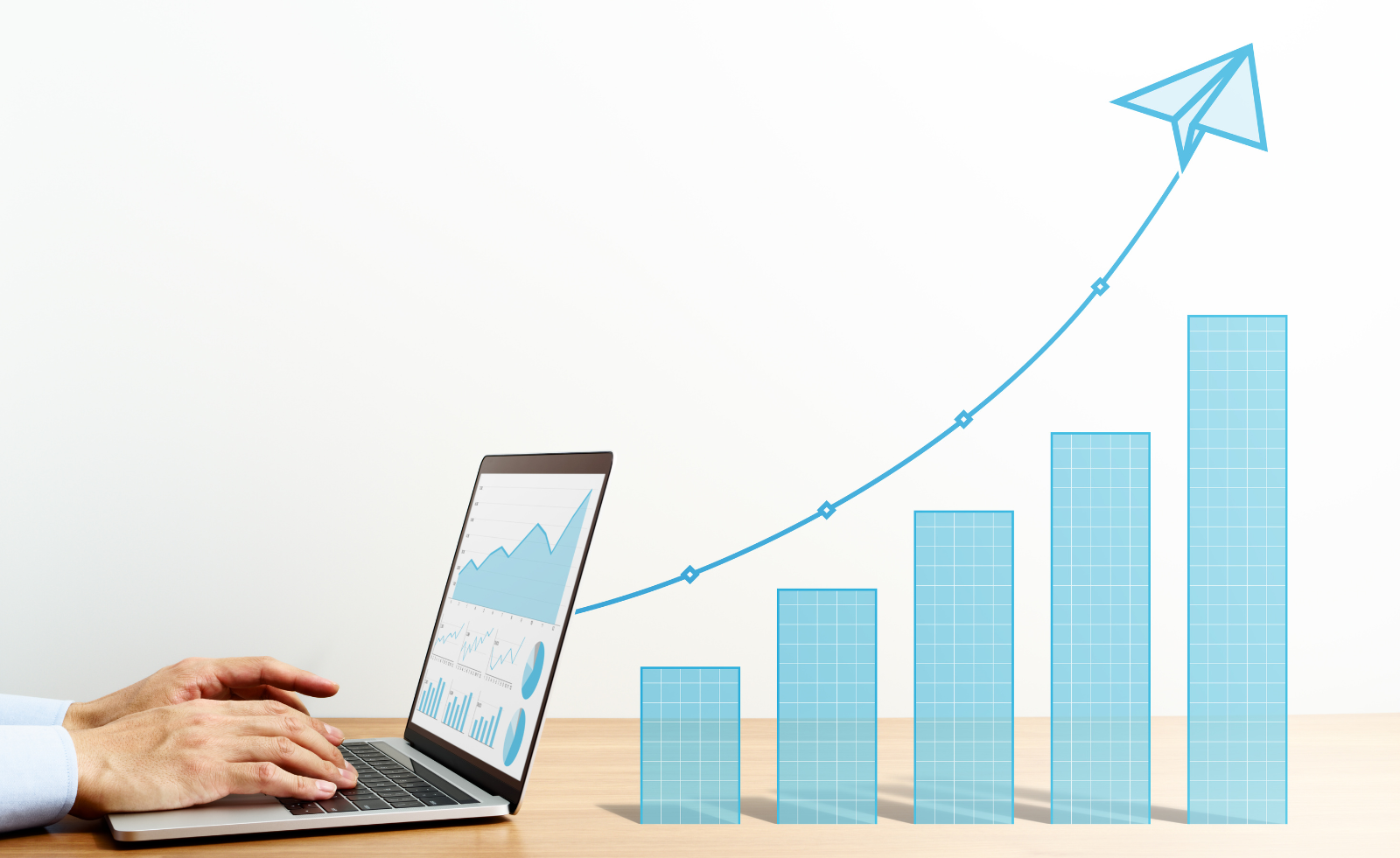 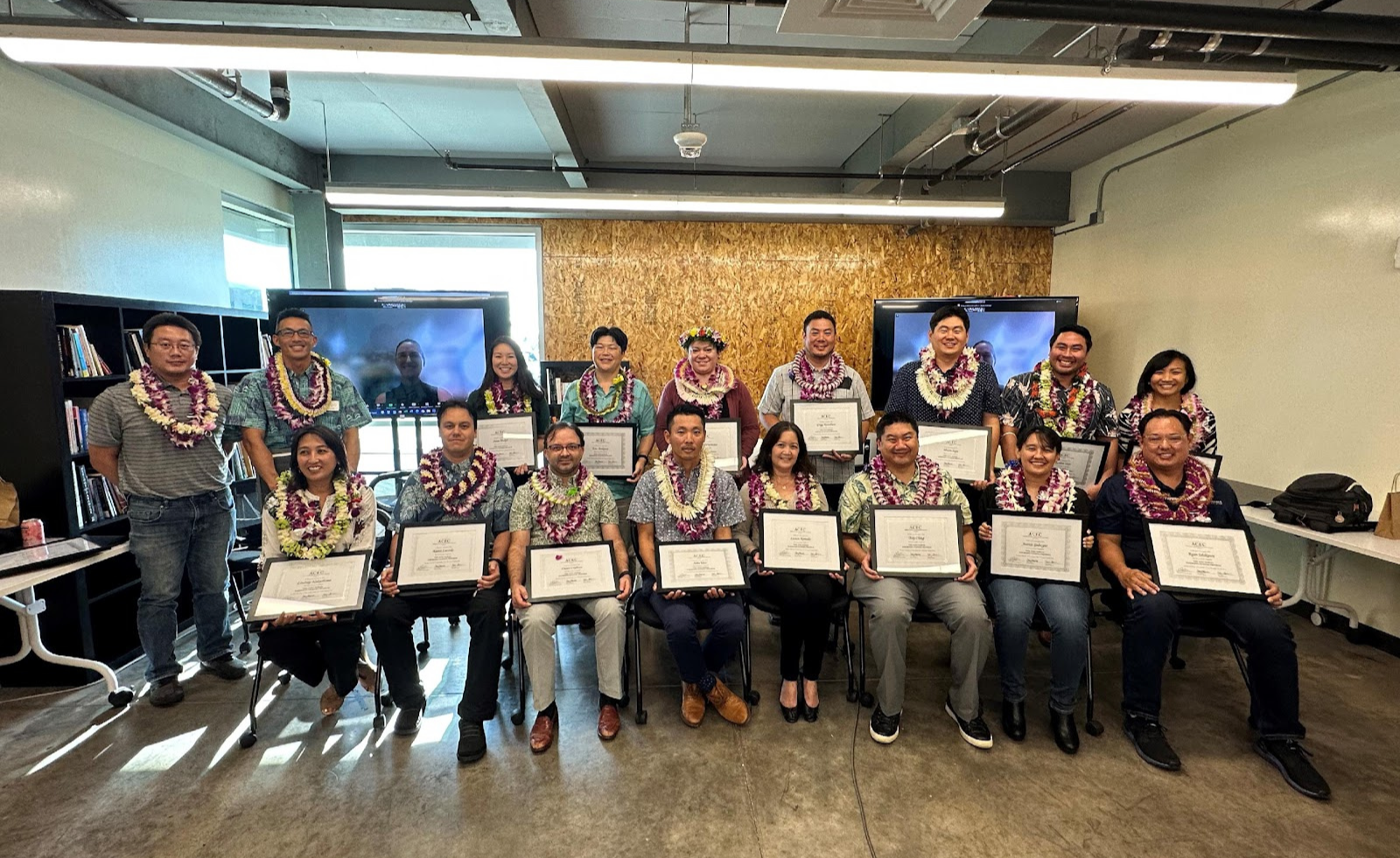